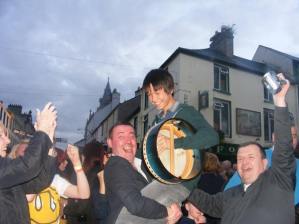 Ards CCÉ has had many accomplishments over the past 40 years at both competition and entertainment levels. Numerous musicians have won at County, Ulster and All Ireland competitions. Among our All Ireland winners were Leon Agnew (flute), Chalmers Brown (flute), Niall McClean (fiddle), Catherine McGinn (fiddle) and Jack Pang (Bodhrán). Our groups, at all ages, have also had incredible successes and regularly hold the titles of Co Down champions, Ulster Champions, Holywood Champions and All Ireland finalists. 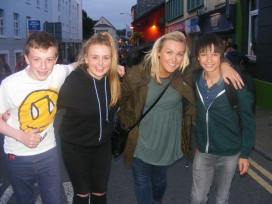 March 2011 saw the release of Ards CCÉ’s first CD, Shores of Strangford, which due to its popularity led to the release, in June 2013, of a second CD, The White Dove, and a Christmas CD, Home for Christmas, in December 2014. Furthermore a DVD of the Award Winning Show was also professionally recorded in 2013 (see excerpt below), as it had received acclaimed recognition on Irish TV Station TG4 and been described by local Irish media as “The Best of Irish Culture”.