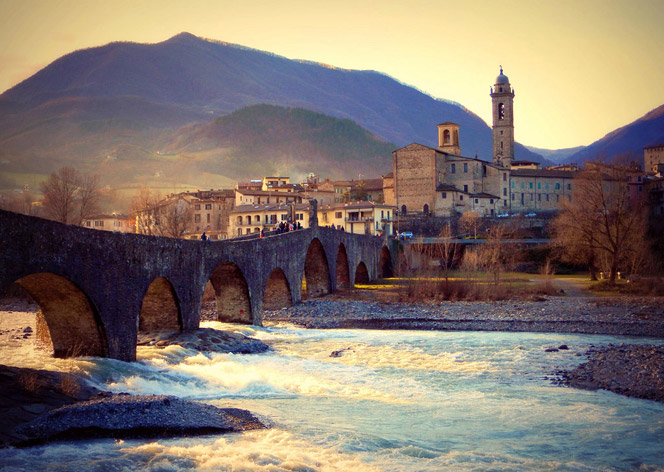 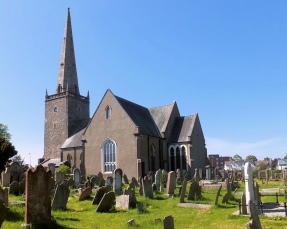 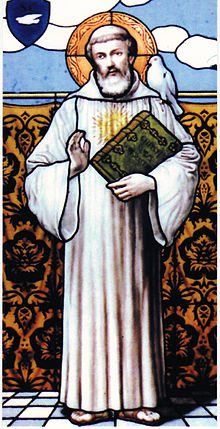 Columbanus was born in Leinster c543AD and, after spending time studying at Cleanish on Lough Erne, arrived at Bangor Abbey (pictured above) around 558AD to study under the Abbey’s founder St Comgall. His name (the Latinised form of Columbán, meaning ‘the white dove’) was an inspiration for the release of Ards CCÉ’s third CD, entitled White Dove. Davy Lennon, also inspired by this remarkable scholar, composed a new song named “The White Dove”, a song which gained All-Ireland medalist status in August 2014. Since then, the song has received massive global recognition and was sung by Davy at the actual crypt of Columbanus in Bobbio Italy.

Columbanus remained at Bangor for some 30 years and whilst here it is thought he composed some of his poetry, which often focused on nature and the universe. It was in 591AD that he left Bangor for Europe along with his fellow Saints, including St Gall. The group first landed in Burgundy and worked their way through France establishing monasteries at Annegray and Luxeuil, both drawing on the austere rule and life style of Bangor Abbey. A settlement was then formed by the group in Bregenz, Bangor’s twin town, before Columbanus moved on to Italy. He arrived firstly in Milan in 613AD before shortly settling in Bobbio where he established his last monastery and where he would stay until passing in 615AD. Bobbio also became the resting place of the Bangor Antiphonary for centuries. 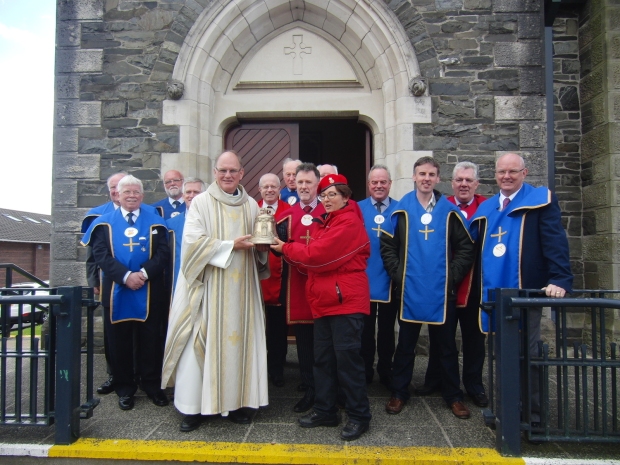 In 2015, the year marking the 1400th anniversary of his death, Ards CCÉ were involved in the celebration of his life and teachings with a number of high profiled events, planned both locally and internationally across Europe. As a contribution to the 1400th anniversary celebrations, the Italian cultural group, Green Butterflies, also sent a bell from Bobbio to Bangor. It is this group, via their president Manuela Bertoncini, that Ards CCÉ  visited Bobbio and became the first Irish musicians to perform at the crypt… no one had ever played or danced before this sacred tomb! This was an overwhelming experience for Ards CCÉ and has since strengthened our close and treasured affiliation with the town. It is Ards CCÉ’s intention to preserve this intimate association with Green Butterflies and to further promote the Irish traditional culture throughout Italy by progressing this incredible commonality with Bangor’s most celebrated pilgrim and “First European”…St Columbanus!